Children who take certain medications need to be vigilant about their oral hygiene routines because certain prescription and over-the-counter drugs can cause dental and gum problems. Because of this, your child will need to visit their pediatric dentist for routine examinations and cleanings which will help ensure optimal oral health. Here are some common pediatric medications that may lead to abnormal findings during your child's dental examination.

If your child has a seizure disorder such as epilepsy, then their doctor may have prescribed an anticonvulsant drug known as phenytoin. While phenytoin is very effective in managing pediatric seizure disorders, it can cause side effects, such as those associated with oral health. One such side effect is known as phenytoin-induced gum overgrowth, which refers to gingival overgrowth that is associated with this medication.

Symptoms of gum overgrowth include enlargement of the gums, thickening of the gum tissue, bleeding and painful gums, loose teeth, and dental decay. Because gum overgrowth can make it hard for your child to brush and floss between the teeth, they may need to visit the pediatric dentist more often for professional teeth cleanings. If phenytoin-induced gum overgrowth is not recognized and quickly treated, malocclusions and oral infections may develop. In addition, gum overgrowth can affect your child's appearance, causing them to feel self-conscious and ashamed of their teeth and gums. Proper treatment will help resolve overgrown gum tissue so that your child can feel confident when interacting with their peers.

Other medications that can cause unusual oral symptoms are non-steroidal over-the-counter (OTC) anti-inflammatories, also known as NSAIDs. If your child has a painful degenerative joint condition such as rheumatoid arthritis, then they may take NSAIDs to manage their discomfort and joint inflammation. Common OTC anti-inflammatories include aspirin, naproxen sodium, and ibuprofen, and although these drugs are considered safe for use in the pediatric population, they can cause bleeding gums.

Bleeding typically occurs when brushing or flossing. However, if your child is taking larger doses of these medications, their gums may bleed when chewing. In some cases, the gums may bleed spontaneously, meaning that they start bleeding all of a sudden and for no apparent reason. If your child takes NSAIDs, tell the pediatric dentist and hygienist so that they can take precautions with sharp dental instruments during checkups and procedures.

If your child takes any of the above medications and develops gum overgrowth, make an appointment with their pediatric dentist. When oral side effects are recognized and treated early on, extensive overgrown gums and heavy gingival bleeding may be less likely to occur. 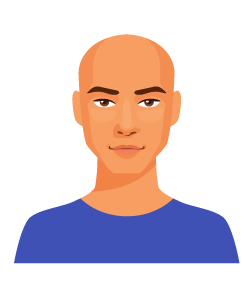 Being born with naturally soft teeth, I've spent a lot of time in and out of the dentist's office. Not only have I learned a lot about basic dental care, I've also discovered many tips for dealing with broken teeth, extractions, implants, and more. I decided that I wanted to make the most of my experience by sharing what I've learned with others. True first-hand experience is a great teacher, and I knew that my story could help. I created this site to do just that, and I hope that the information here helps you to understand what to expect from your dental problems.